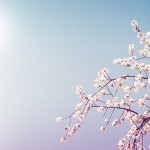 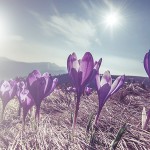 Don’t let what you cannot do interfere with what you can
September 27, 2016 by Admin Beards in Press

RMI: Starting its own shops

Few financial groups have had a well-developed incubation programme. There have been a few ad hoc investments into start-up asset managers, such as Old Mutual’s into Cachalia Capital and Sanlam’s into First Avenue, but little on a sustained basis.

There is an element of incubation in the allocations to smaller managers by the Public Investment Corp, as well as by multimanager 27four. But neither of these has invested permanent capital in these managers or provided formal logistical or distribution support.

So when RMI Investment Services opened last year under former RMB Morgan Stanley boss Chris Meyer, it was the first mover. RMI has an advantage over Old Mutual, Sanlam and Stanlib as it does not have an incumbent legacy fund manager. And much as it has no desire to hold more than a minority stake in Discovery or MMI, RMI holds minority stakes in its affiliates. It is a model adopted from the US-based Affiliated Managers Group, which owns 25% of midsized Cape Town manager Abax.

“RMI comes from a group which has encouraged the development of entrepreneurial businesses,” says Delphine Govender, chief investment officer of Perpetua, one of the first RMI affiliates, “and it came with a reputation of noninterference, which it has stuck to.”

Govender says she believes RMI really wants to build up the next tier of managers with scale. “We hope that with a shareholder of the stature of RMI the consultants and other gatekeepers will at least listen to us, instead of giving all mandates to a handful of large managers.”